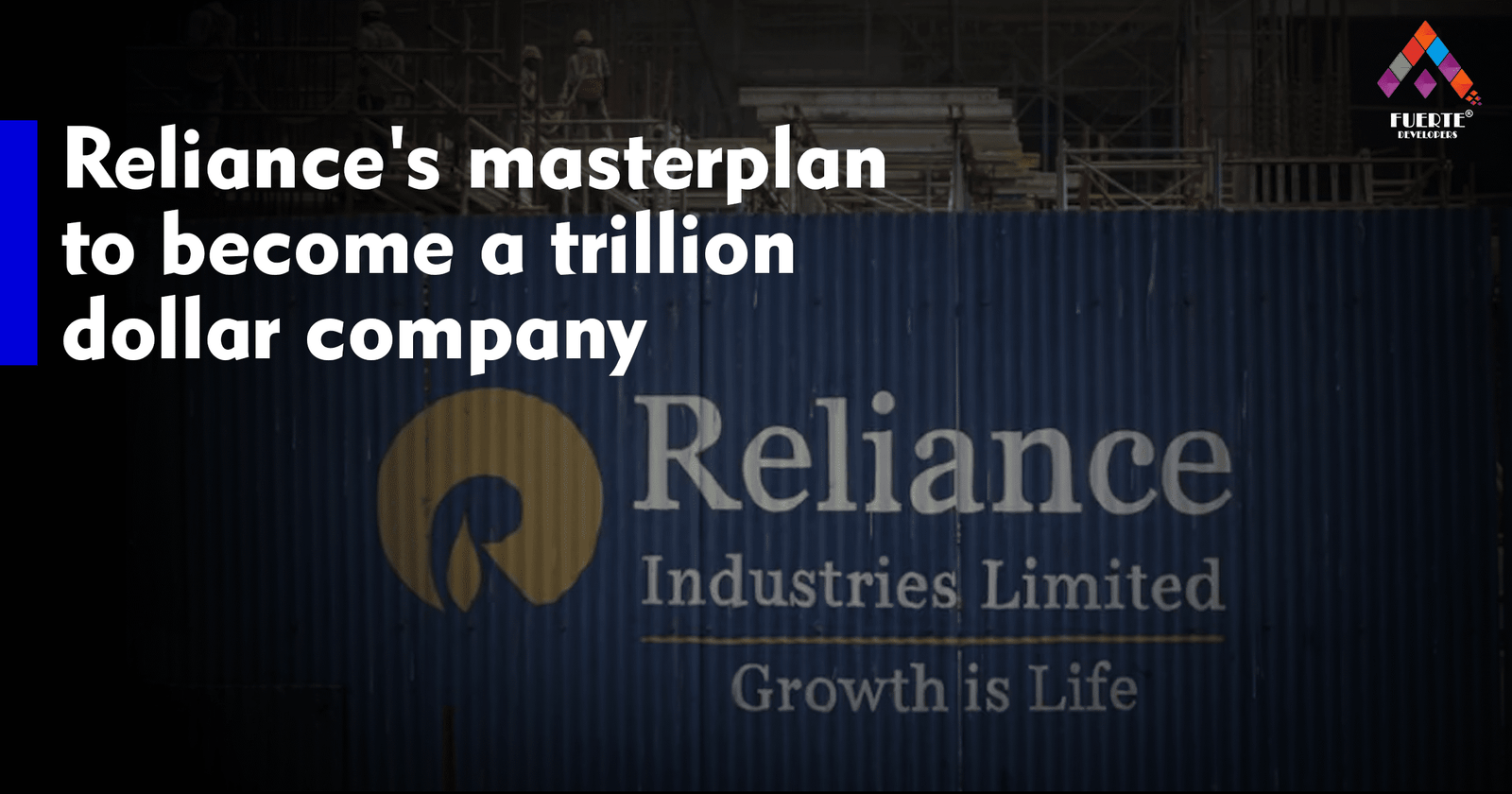 How Reliance is going to become the first Indian trillion-dollar company?

How can Ambani become the richest person in the world? How will the common man be benefited from all this? These days we can hear names like Jio, Ambani, Reliance all over the market. In the 43rd annual general meeting Reliance made announcements one after the other which led to the disruption of sectors.

People were attracted to the tag lines like growth is life, “Naye India ka Naya Josh” which resonated with people as well. Reliance is the first Indian company with a market capitalization of 150 billion dollars. In the last three months, the stock price also doubled. In the last three to four months Jio platform raised 1,52,056 crores. There are mainly two types of investors. One of them is financial investors whose main focus is fixated on financial returns and the other one is strategic investors. Financial investments include silver lake investment, Vista Equity, TPG capital, general Atlantic, KKR, etc. While the strategic investors include Facebook and Google, along with taking and claiming stakes they are also expanding business in India.

Out of $10B, Google invested $4.5B in Jio Platforms. We all know that for a tech company it is mandatory to become a successful, fast, and reliable internet source. For this, Jio launched 4G but later realized that many people are not having their smartphones. They realized that many people can’t afford to buy a smartphone. To solve this problem they launched a Jio phone called Jio phone 2. With which around 100 million people shifted from feature phones to Jio’s phone. But there are still 350 million users of a feature phone with 2G internet facilities. Jio realized that for expanding their services, they need to switch the users to 4G and 5G. For this Reliance thought to collaborate with Android.

Since Android is very popular among smartphone users. Together they will give the best combination.

Starting with the strategic investment in Facebook. We all are aware of the fact that we can order from Jio Mart using WhatsApp. In India we have more than 400 million users of WhatsApp and people are also aware of the high usage of WhatsApp on a daily basis and the huge traffic it generates. Jio came up with the idea of using WhatsApp for online distribution. For a long time, Facebook is trying to monetize WhatsApp. This is going to be one of the biggest tests through which they are going to shift online transactions on WhatsApp. If this plan turns out to be successful then they can continue to serve it to other countries as well. Google and Facebook are making experiments in India. So that if these experiments will be successful then they will continue to expand to other places.

Jio is the largest telecom network in India and the second largest telecom network in the whole world. Reliance Jio developed its 5G features from scratch itself. If approved by the government they can start testing it by next year. By now Huawei has made tremendous advancement in 5G, but there are countries like the USA, UK, and Australia that don’t want to continue their partnership with Huawei because they believe that the government of China is taking information from other nations through Huawei. Huawei has come up with other solutions as well. With 4G only mobile phones are connected but with the 5G technology, all devices can be connected.

We will come up with a smart home, smart cities with the upcoming technology. For all this, we will require millions of sensors and these sensors will run on a 5G network of Jio. With this Jio Reliance will have all the data with them.

Reliance started with Jio’s digital life, which was initially a distribution channel like YouTube, Facebook, etc. They started building services over this distribution channel which will be further very profitable to them. Each service is not just a service but a business. For example, the recently launched Jio meet has successfully crossed 5 million downloads and is competing with Google meet and zoom at the moment.

With Zoom people can chat for a limited time but with Jio meet they have the facility to talk for unlimited time and that too for free of cost. They can build other services over Jio meet with which they can earn a lot, like imbibe an education platform or start Jio health for health-related problems. Their main strategy is to keep the base service free and then they try to build services over the base service to earn a profit, on the other hand, normal startup charges for base services.

They are also going to launch Jio TV plus, on Jio TV we will be able to login with 12 OTD platforms in one place. We will be able to access Netflix, Hotstar, prime video,  Sony LIV, Voot, Jio cinema, and others in one login. They are working with the aim, made in India, made for India, made for the world. Usually, startups try to work on one service and try to expand them globally like a search engine of Google, or as a social network of Facebook, E-Commerce of Amazon.

Reliance is working on a different mindset, they are working to build more and more services in different fields and later they will focus on how to expand them. Many people think that if they will work on all services, then how will other industries get the opportunity to expand.

With upcoming technology, future entrepreneurs will get tremendous opportunities. With the help of Jio, now all can excess education and skills. With the Digital Economy, people can start their journey at a very low cost. Features like video conference, cloud services can be accessed easily. With the upcoming revolution by Jio, entrepreneurs should start working on the need of the hour to be successful.